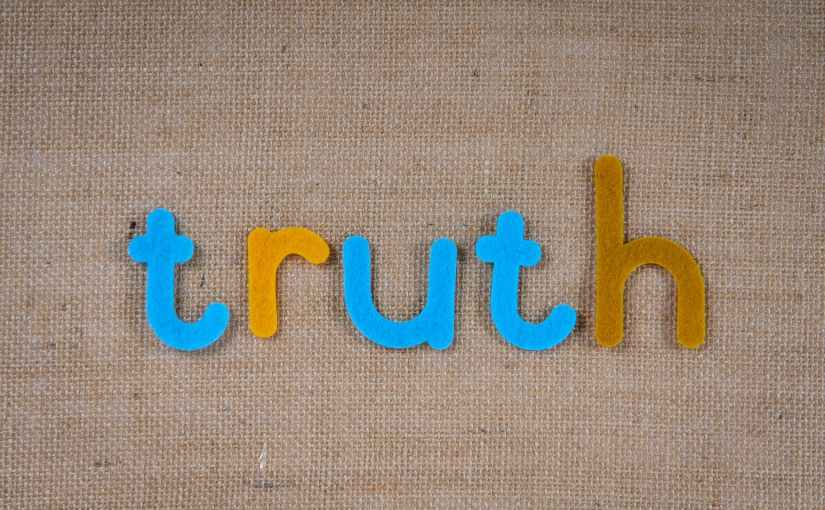 What is Truth? We might know it by how these top truisms are us and the universe.

Less is truly more. Should you need more anyway, there is some written on this.

Exists and is inevitable, a persistent, constant force in the universe. I have taken a deeper dive into the topic.

What is known cannot be unknown along with all of its consequences. Care to know more?

Attraction is a basic law of nature where to be attractive is the only thing to be. More material outlining attraction is available.

In short, have higher standards, but keep those standards in line with what’s sufficient.

It is naïve to think things cannot be better regardless of situation. To seek to be better is one of the most noble activities to improve yourself and the world. However, an obsession without end will cause more suffering that it corrects.

Wisdom arrives when you know the world and yourself enough to understand what, subjectively, is “enough.”

Achieving this is a numbers game. Be it the theory of Pareto’s Principle, the Optimal Stopping Strategy for professionals and love-seekers, or Statistical Significance, the number of trials to find what’s sufficient correlates with both knowing and achieving that “enough.”

Truth requires continuous action until higher standards are met sufficiently. For you, that means being the harshest critic of your own monstrosity, leaving nothing for anyone else to critique.

6. Competition Is For Chumps

Competition spends immense amounts of energy. The more energy one has unspent for competition, the more likely that competition will be a success. And survivorship is Good!

But a strategy of expending too much energy against others goes by another term: War of Attrition. Attrition warfare can also cascade into a Pyrrhic (a.k.a. not-worth-it) Victory. By its very nature, competition tends towards less-than zero-sum outcomes, all competitors having spent their energies against each other, not their goals.

To come away from a singular competition with less or even no energy takes away that fund available for future competitions over food, space, and mates. Thereby, a competitor may have survived the competition, but their likelihood of surviving thereafter goes down (not Good).

Be it peacocks maintaining elaborate plumage to out-gaudy other mates, male lions killing each other for pride control, or humans laboring and becoming indebted to attain status symbols that are more form-than-function, competition takes a toll.

So what is the alternative? As renown military philosopher Sun Tzu would have it, “the best strategy is the one that delivers victory without fighting.”

In competition, little is gained. Effort is largely wasted and suffering gets accumulated by all parties in true competition (consider the benefits of play, the faux competition).

Energy spent in cooperation or subtle, low-energy, indirect competition (if competition must occur) is much more beneficial; all else is for chumps.

Despite knowledge being a terrible thing, it is a requirement to know better, especially of oneself. The Good that knowledge can bring far outweighs the harm that may arise.

As put, knowledge is powerful. However, having the wrong knowledge can be worse than having pure ignorance – the road to Hell is paved with good [but ill-informed] intentions.

So figure yourself out, your duties, and the when and where you are. Be more selfish in coming to these terms. Until you have the language and patterns of understanding to ask and enact what’s required, you are no use to anyone except at best as a pawn (others may know how to use you better than you of yourself).

What does culture demand in status and contribution? How can one survive in the environment?

Learn. Study everything. Find that gaps that need filling. Others have suffered in ways aplenty so that you do not have to. Yet some of these lessons are faulty, thus only by sheer numbers of examples can better knowledge be affirmed (like how the community process of Wikipedia allows correct information to form).

Competition is to be avoided because of the energy it spends; the same applies to gaining knowledge. Defer to the expertise and strength of those that have lived and done the things you seek to do – if they have proven Good (i.e. survived and reduced suffering), they are models to follow.

After the questions and the study, you will have the better knowledge needed to not only improve yourself, but better the world.

More. Up or down depending on the context, always get to better faster.

Escalation of magnitudes is preferred – doubling, halving, or changing ten-fold is the broad stroke required to anchor what’s expected in any exchange. If the strength of X is insufficient to twist open a cap, at least 2X is required on the next attempt.

However, delicacy is sometimes required in a situation – perhaps the vessel to open is brittle or a negotiation comes to a close. In that case, less than a magnitude in change is required, but escalation plays a part here, too: to achieve less than 100% change, use 10% (.1X instead of X).

Yet, it may come to be resented if too much is asked for, or cause disgust to ask for too little. What would be acceptable between those extremes comes from better knowledge and caring for one’s own wellbeing. Trust that another will defend their own self interests as you ought to be an advocate of your own.

Therefore, escalation is a benefit to the universe: It saves time (the expense of energy), it wastes less by finding the sufficient amount to expense (magnitude of energy), and reduces mental suffering from an effort too generous or stingy (buyer’s remorse).

With existence comes responsibility. All incentives, all motives, all actions, and, ultimately, all outcomes are the responsibility of the perceiver. Whether through the tangible consequence or the mental perception, the individual has stake in anything that goes on.

Respect yourself and take caution. All that you do and perceive is at least a subjective reality. Merely by consciously perceiving the world, you create what’s real. In this way, you are partly-if-not-wholly responsible regardless of context.

So what will you do with that great power?

In existing and therefore creating reality, you have a part to play in the suffering in the world, both for yourself and others. A person cannot abstain from action and expect that abstention to not cause suffering.

The only way to have a say in survival and suffering is to act, which carries its own set of consequences. Despite that, failures in action are overcome faster by further action and personal change of perception. A failure to act passively discovers outcomes that – if the universe has any bias – tend towards entropy, the ultimate failure to survive (not Good!).

(This brings up that action appears to be Good, but that’s a separate discussion.)

A stark follow-up to the “Responsibility” point above, you must also take responsibility for forgiving yourself.

The journey to be better and do Good is long, difficult, and continuous. People are similar and people fail – you are much more like them than you imagine.

Meanwhile, you have the morals you can afford, so be merciful to yourself when you fail, slip-up, or otherwise dwell on what must be temporary setbacks. Should failure prove to be a habit, be the harshest critic of your own monstrosity and be better immediately in the moment (you may always recess to being lackluster later).

There is the same self-forgiveness universally. No land dwells on the consequences of a volcano or earthquake. Instead, the land bears its scars and continues. Indistinguishable it is for wind and rain and galaxies that crash into each other, each holding no grudge but instead swirling away to continue their atomic existences changed, yet continuous from one form to the next. No mountain crumbles under its own self-doubt or loathing, but continues to push up through the clouds by its volition no matter the wear. As you must too.

That’s the reason you must own care for yourself – no one else will have your drive or context to be up to the task of forgiving your failures, nor ought they if you’ve not done so already. Thus, through forgiveness, resolve some of the greatest sources of suffering for you: your own doubt and guilt and regret. Thereby, to forgive yourself is a Good thing.

These ten truisms appear to be some of the most-true things for not only people, but all life and the universe, too. The sections above do not go into depth of any great description and proof-by-example, yet everywhere I look these things make themselves present.

As a character in a Zelda videogame once put, “it’s dangerous to go alone,” I only want you to take this so you can do Good and that Good may happen to you.

All something to live by. Cheers!

One thought on “Truth: Top 10 Truisms”